24th April 2018 in Latest Projects
March saw a significant milestone for Sharkey, with completion of the £14m transformation of Quartermile 4 in Edinburgh into cutting edge work-spaces for two North American corporations.

Viewed by commentators as Scotland’s best example of 21st century work/living environments, the Quartermile development is one of the country’s most comprehensive regeneration projects and sits on a conservation site that once housed the historic Edinburgh Royal Infirmary.

Cat-B fit-outs of all 7 floors at Quartermile 4 for global tech giant Cirrus Logic and one of Canada’s largest banks, Bank of Montreal and its BMO Global Asset Management division, delivered close to 130,000sqft and has produced some of most innovative and flexible working environments to be found anywhere in the UK.

For BMO Global, who manage almost £200 billion of assets worldwide, the fit-out was undertaken in an almost fully occupied building and saw the creation of office space in keeping with the global financial institution’s high quality workplace standards. With space for over one hundred BMO staff and capacity for growth, the ‘penthouse’ 6th level floor offers stunning views over the city. 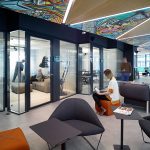 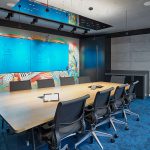 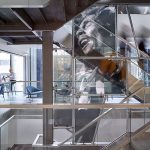 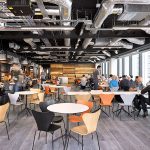 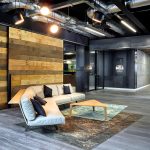 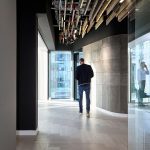 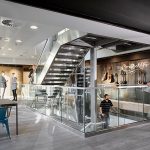 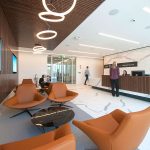